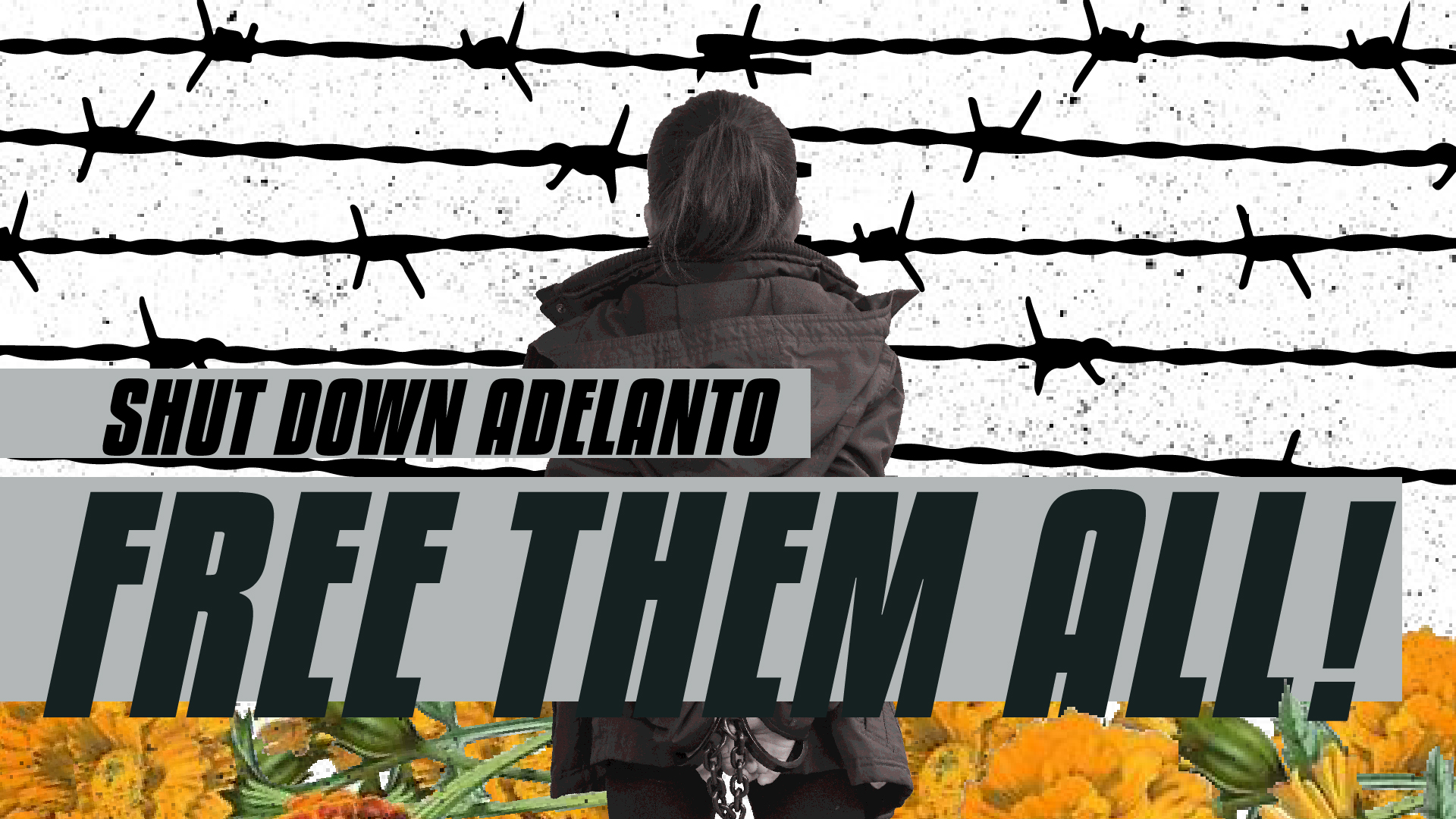 RIVERSIDE — The California Immigrant Youth Justice Alliance today released the following statement in response to the announcement by the city council of Adelanto on the termination of the agreement between them and ICE to detain immigrants for profit:

“The city of Adelanto must go further than pull out of this immoral contract. The future of those detained is in the hands of the local city government that profited off of the incarceration of immigrants for over 8 years. Without local city oversight, an unchained ICE agency, along with human rights violator GEO will surely begin to treating inmates more ruthlessly than before. Now that this terrible contract has ended, council members must join their community and demand that ICE take responsibility to release all immigrants detained inside and commit to not expanding their ruthless enterprise in California.

Last year, the notorious Adelanto Detention Center was the subject of a damning report that among other things, found nooses in holding cells despite the facilites long history of suicide incidents. These conditions violated ICE’s own detention standards, conditions which surely motivated the city council’s decision to suddenly end this contract in closed session without opening up the item for discussion.

We will not give in to ICE’s fictitious claims that shutting down immigrant prisons harms our communities. We demand that ICE release every person detained in Adelanto so that they may fight their case outside of detention, alongside their community and legal representatives.”

“The fight to #ShutDownAdelanto has been a long lasting effort to denounce the cruel and inhumane conditions forced on detained folks,” said Dianey Murillo, a regional organizer in the Inland Empire for the California Immigrant Youth Justice Alliance. This community will continue to denounce these abuses and make sure that the City of Adelanto, GEO, and ICE responsibly terminate and close the facility in a just and humane way.”