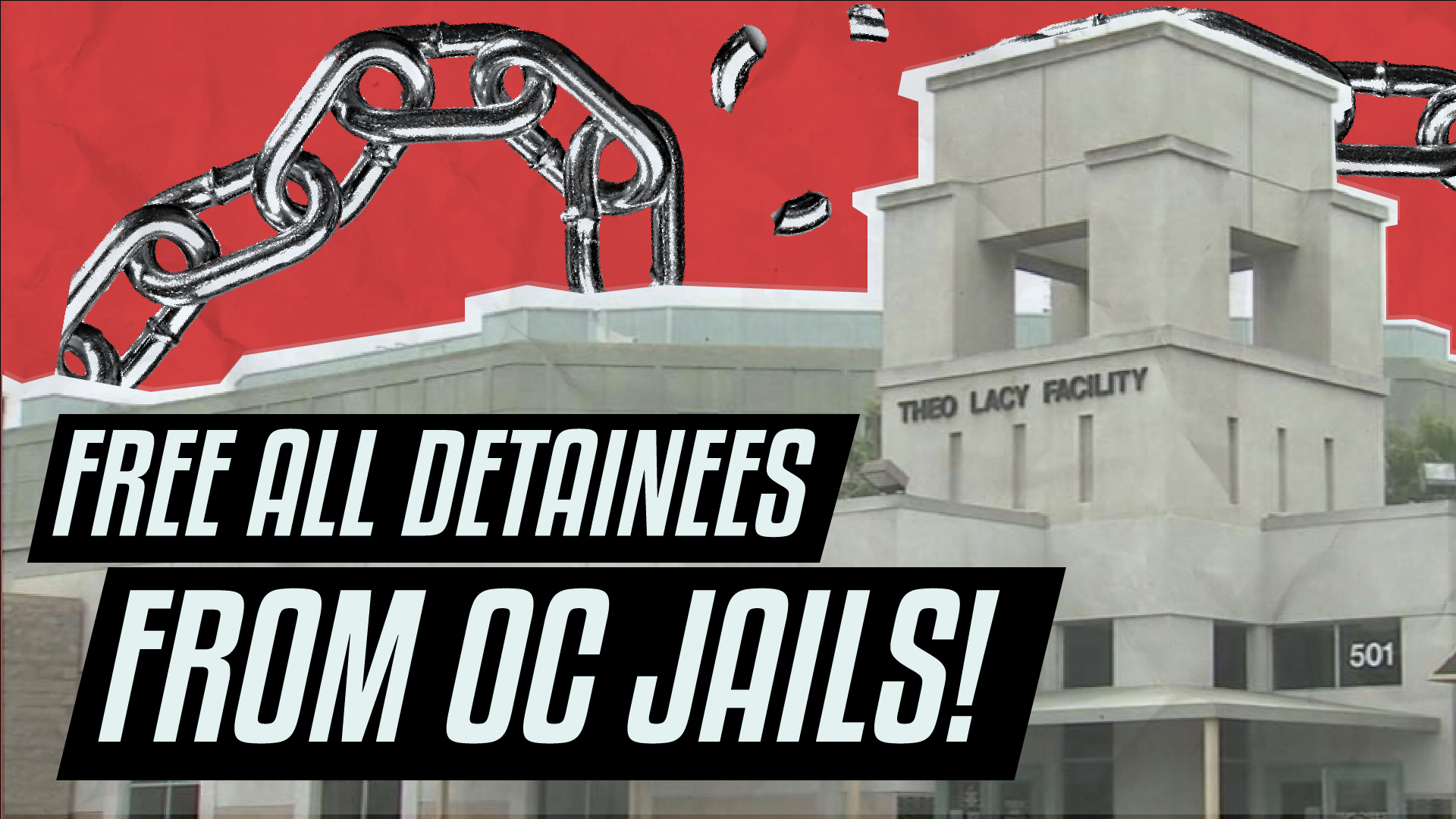 “Today’s announcement by Sheriff Barnes marks the end of a morally wrong contract with ICE that has been long overdue in Orange County. It can not be expected that this was done out of goodwill, as Orange County Supervisors and the sheriff’s department did not take action to terminate this immoral agreement in 2017 when a report by the Department of Homeland Security Inspector General’s office detailed horrid conditions like spoiled meat being served to detainees at the Theo Lacy detention facility. It can only be assumed, then, that this was a concerted effort by ICE and the Orange County sheriff’s department.

Though their motives are unclear, our demand is not.  ICE and the Orange County Sheriff’s department must liberate all the detainees held inside their jails so that they can fight their immigration cases with their community, alongside their families and legal representatives. It is important to note that immigrant detention requires no criminal conviction, and given ICE’s horrendous record of human rights abuses, those detained by ICE suffer physical and mental trauma, and even death. Additionally, many folks detained are only there because of the whim of an ICE officer.

Should the facility choose to transfer rather than release those detained, we will hold the sheriff and supervisors accountable to the atrocities that await our beloved community members at for-profit immigrant prisons. Their lives are in their hands.”

California lawmakers aren’t the resistance, we are

his morning, California Governor Newsom and Attorney General Xavier Becerra challenged the Trump on their…