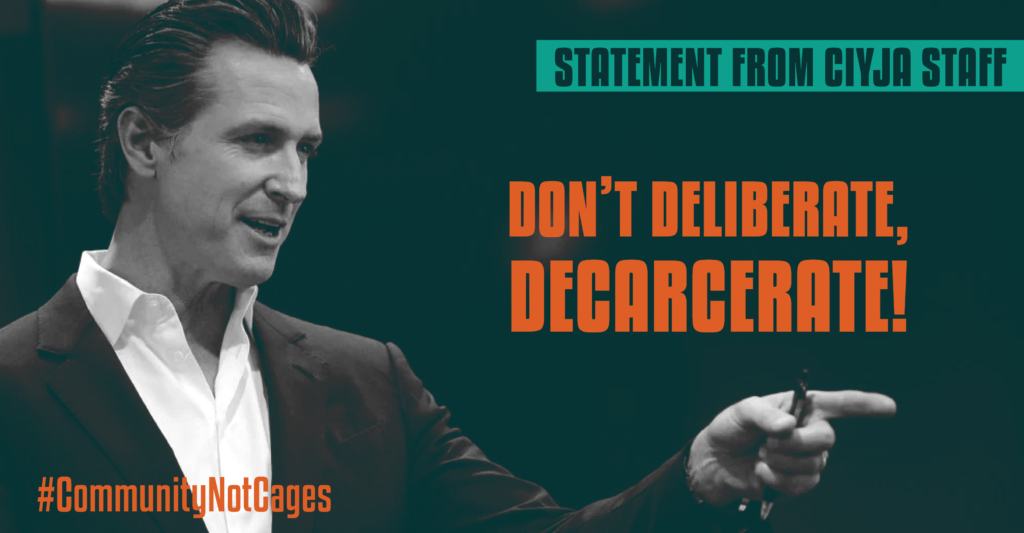 Rob Bonta’s Assembly Bill 32 makes its way to the senate floor today. This bill upholds immigrant values and holds million-dollar corporations accountable for the atrocities they are responsible for, including death, within their immigrant prisons. Though we celebrate this bills potential and power, we must also reflect on its failure to honor commitments in the state and in our community towards decarceration. A safety valve amendment that would allow prisons to contract with private prisons betrays the bill’s intention to rid California of the dirty business of prisons-for-profit. AB32 aims to ensure California does not contract with any private companies to run detention centers and prisons, due to rising deaths and medical negligence at such facilities.

Despite a rising movement to end for-profit detention centers and prisons in the state of California, Governor Newsom  sided with the private prison company GEO Group, by allowing a window by which Californian’s can still fall prey to their cages. Through an amendment presented last minute Friday afternoon, California’s carceral system would be allowed to contract with private companies if court-ordered population caps are reached.

In values and practice there is no such need for this amendment, given that decarceration efforts led by criminal justice advocates and even CDCR’s own reports demonstrate that the incarcerated population will decrease by 2023, thus far ensuring the cap will not be surpassed. The amendment highlights the threat corporate lobbying plays in California’s democratic process, the very week community packed Sacramento building hallways, GEO was buying support against AB32 in the capitol. This  also undermines the work being led to ensure California reaches population zero, such as SB136. Also known as the RISE Act, SB136 presented by Scott Weiner would reduce 136,000 years of prison time if passed, and can lead to the liberation of up to 10,000 folks in CA prisons today. SB136 is the real solution to ensuring California’s prison system have no reason to contract with violent companies such as GEO. CA values will only be upheld if Governor Newsom alongside AB32 alongside SB136.

Given this amendment, we need bolder commitment from Newsom to ensure that cap is not met. This can only happen if we ensure decarceration becomes a priority for California, if it is to truly stand against the hate of the administration.

No human being should be subject to the violence experienced at the hands of private corporations looking to make profit off of caging people up. California has the opportunity to ensure this is the case, and it will take AB32 but it will also take a bolder commitment to reach population zero by passing and signing policies such as SB136 , to truly ensure California is equitable to all, including migrants and other communities of color.

Collectively, these bills will make California a better and safer place. We must lead the nation in enacting bold policies and boldly enforce those policies despite the profit-driven efforts of multimillion dollar corporations like GEO to keep our country grid-locked in a xenophobic cycle of decline.

CIYJA STAFF is comprised of immigrant youth across the state of California, fighting for the liberation of all immigrant communities.

Our Voices Will Not Be Drowned

or undocumented families like mine, ‘the american dream’ is simply that: a dream. This dream…